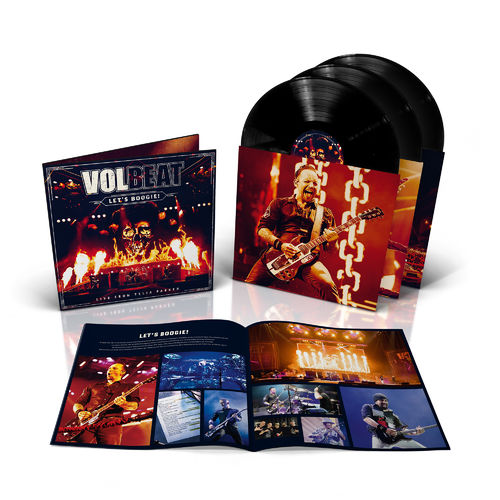 On August 26, 2017, VOLBEAT became the first Danish band to headline and sell out their hometown venue, Denmark’s Telia Parken, setting the record for the biggest show by a domestic artist in Denmark ever with over 48,250 people in attendance. To commemorate and immortalize the record-breaking event, the band releases their live album and concert film, Let’s Boogie! Live At Telia Parken.

The live album will be released as a 2CD digipak edition, as DVD + 2CD, as Blu-Ray + 2CD as well as as 180g 3LP edition incl. LP booklet and MP3 download code.